I am a huge fan of converse sneakers as you all probably know.

I’m a huge fan of Converse sneakers, better known as Chucks or Chuck Taylors. They make  life as a conference speaker so simple. I’m always concerned about what to wear to conferences. Everyone seems to have their own sense of fashion at most events I attend. I’ve seen people wear hilarious shirts and I’ve seen others in sharp business suits in the same room.

The more I’ve traveled and spoke, the more I’ve been able to find a style I’m personally comfortable displaying at any conference. A major part of my style is Converse shoes, my official conference kicks. Here are my top 50 reasons why Converse is the best conference shoe of the year.

Converse are comfortable! I’ve always wondered how they can make a shoe that looks so bare on the outside, soft and comfortable on the inside. I can walk all over SxSW with a pair of Converse and never stop for a much needed foot break. Those who’ve been to SxSW know exactly what I’m talking about.

If Ellen DeGeneres can rock Chucks on her show, I can definitely rock them to a conference. Converse shoes are for everyone. They look great on my grandma, they look even better on me, and they look hotter on my little sister. Their styles transcends the age-limits that are readily identifiable in most shoes, like Nike or Adidas. Created before I was born, and passed down through many generations. Talk about bridging the gap! 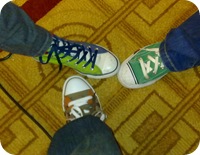 I love art and design. So, I tend to treat my fashion as an art canvas. Everything matches perfectly. My shoes match my shirt. The color of my jeans blends in with the tones of my shoes and shirt. My shades and shoes are the art pieces that cause people to stare at me 3-5 seconds longer than usual or do a double-take at my outfit. They stand out and bring a unique flare to my style. Because of this, I have a ton of colors in my closet that are really difficult to match with a great pair of shoes…except Converse. They have so many colors to choose from, you’re bound to find one that you like from the classic all-blacks to more flashy colors. Converse also offers more personalized options on-line, like customizing your own pair with your choice of colors, and even adding some text on your shoes!

I currently own 10 pairs of Converse, and bring at least 3-4 pairs to any conference I attend. I have a personal goal of owning 50 of these babies. While I don’t need 50 pairs, they’re so inexpensive that I always buy 2-3 at a time. Essentially, I can get 2 pairs of Converse for less than the price of 1 pair of Air Jordans. Sounds like good math to me.

I love that fact that I can also design my own Converse sneaker. I can choose the colors and mix-match them as much as I like. I don’t have to go to the mall and shop for hours for something that fits the outfit I have in mind. I can simply go online and create it on the official Converse website. I’m not the only one who digs this type of flexibility either:

These are just a few reasons why I love Converse shoes and how they’re a no brainer when it comes to traveling to conferences. They offer so much that it’s easy to overlook their simple solutions. They’re easy to fit in your suitcase, have a passionate fan base, and just look good! You could start your next conversation at a conference on these shoes and no one would think twice.

The Cult of Converse:
The sneakers formerly known as
Converse All Stars

1.What about is it about Chuck Taylors that appeals to you?

John Porcellino: Their simplicity of form & design and their comfort.

Jesse Dollar: Chuckies are just your basic all-purpose shoe. They’re utilitarian. No fucking swooshes or air-cushioned soles. Its just a cheap, all-purpose shoe -which nobody makes any more. PLUS, the plainness of design; the simplicity. You pick one of the fucking colors of the rainbow and it comes in that color. Low or high.

2. Why do you think there is such a strong association between Chuckies and New Wavers and / or indie rockers?

John P: Chucks are fashionable without being pretentious -and exude a rebellious air. When I put Chuck Taylors on I feel young and dangerous. Subversive.

Jesse: Have you gone into a shoe store lately?! Those things are fucking ugly!

3. Why do we still insist on wearing them when we know how lousy they are for our feet? (Not to mention how they always fall-apart…)

John P: Because WHAT ELSE WOULD WE WEAR?!

Jesse: Chuckies fall apart so quickly. Although they’re made in the U.S.A. [Not anymore! -Ed.] They were ruining my feet, so I wear Pumas now.

4. What would you do if they stopped making them?

The Life Cycle of a Basketball Shoe

Yoonie: I call it “The Process”.

Jesse: Its a ritual decompositional process. First, the All Star logo on the heel mysteriously becomes blank. Then the eyelets pop-out, and the rubber pulls-away and you get a hole in the canvas above your toes. But a new pair only costs you 30 bucks.

Yoonie:Its good for a little while, ’cause they’re kinda cool lookin’, but then they just decay to the point where you might as well go barefoot.

At least they’re made in the U.S.A. instead of some Third World sweat shop!

Yoonie: Good point. They’re made in North Carolina, and always have been -although Converse’s other shoes are made in China.

Their website is really funny because it stresses how ethical they [Converse] are, but it doesn’t say “Oh, our Dennis Rodman shoes are made someplace else!”

They have a special site just for Chuck Taylors and Jack Purcels.

You know what else is funny about their website? It says that Chuck Taylors are “The Shoe of the Avant Garde”! [Laughs] They know enough not to use that other word, the bad one -“Alternative”- so instead they use “Avant Garde”.

NOTE: In the year 2001, the Converse corporation shut down their last American factory in Lumberton, North Carolina. The company had previously filed for Chapter 11 bankruptcy. Converse survives as a licensing company, but from now on the shoes will be manufactured Indonesia. Since 1996, over 6,500 factory workers in Lumberton have lost their jobs due to globalization.

Yoonie: I really don’t wear ’em [Converse] that much anymore. I have two pair -a black pair and a white pair. And they’re pretty much dead. I think that era of abusing my feet is over. This is my tip to the kids: DON’T BE A SLAVE TO FASHION!!!

Its to the point where its like wearing stilleto heels. If I wear ’em, I’m going to be paying for it the next day.

If Converse are such an inferior product, then why do they inspire such fanatical brand-loyalty among “the Avant Garde”?

Yoonie: Its a complacent emulative habit. Maybe they think that when they see all these people wearing Converse that they’re, like, crazy-comfortable, and that when they buy them that they’re really just “breakin’ ’em in”, when really they’re just messing-up the lower half of their feet.

FACT: The military refers to Converse All Stars as “MIL-S-43961”. The shoes were standard Army issue for many years.

I used to have two pair -one red, one blue- but then I started wearing combat boots, and for the last 12 years that’s been my footwear of choice.

I used to make custom Converse by spot bleaching and dying parts of the canvas, and people were always coming up to me and saying stuff like “Man! I’ll give you 75 bucks if you’ll sell me your shoes!”
Little did they know that the color washes out, and everytime the shoes got wet, they would bleed rainbow-colored ink all over your socks. 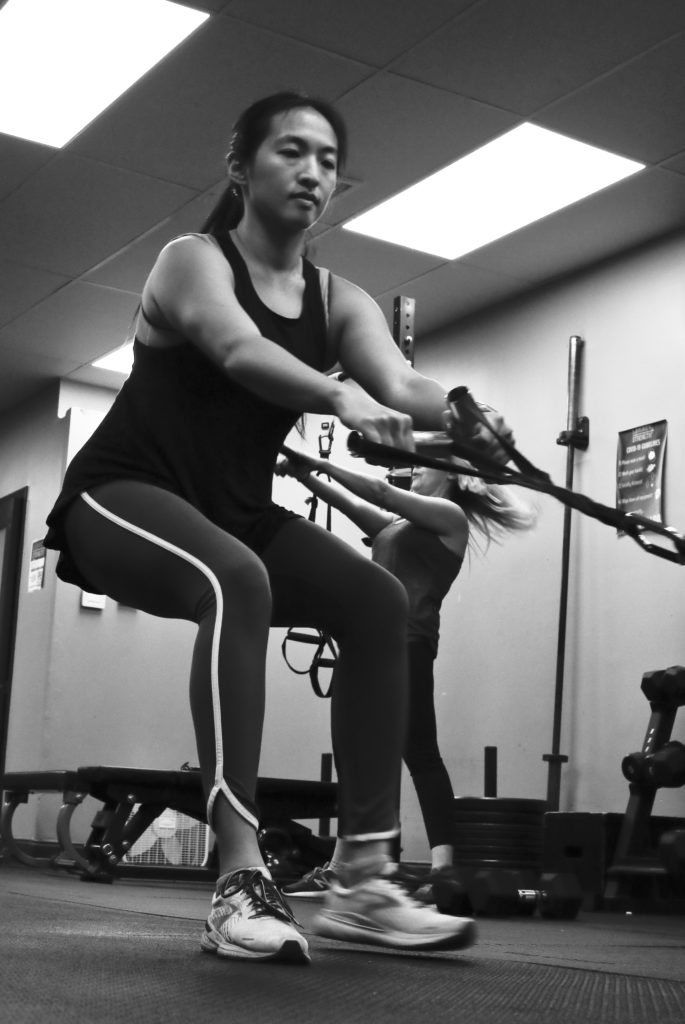